Welcome to the Age of Digital Agriculture How Grape Growers Can Reduce Vine Size with Root Restriction

Amid the urban blight of a poor rust belt city, an unlikely vineyard emerges as a symbol that farming can take root anywhere.

Five years ago, the area at E. 66th Street and Hough Avenue in Cleveland, OH, was abandoned and in disrepair. On that lot today is Chateau Hough, a vineyard and first-of-its-kind-in-the-U.S. BioCellar — which is akin to a greenhouse located in the cellar of an abandoned house. But, the story of Chateau Hough is as much about grapevines as it is about the community and the man whose idea it was to take on the project.

The Hough neighborhood was established in the late 1700s and in recent decades has been synonymous with the degradation of some of the city’s oldest neighborhoods. Hough is most widely known for race riots that occurred in 1966. But this land is getting a new lease on life — nearly 50 years after making national headlines — as interest in urban agriculture grows.

By the time Mansfield Frazier set about transforming the Hough neighborhood into an urban farm, it was well on its way back from the riots, with the construction of hundreds of upscale homes. In fact, he lives across the street from the Chateau Hough lot. Frazier had the city tear down the house on that lot and thought a vineyard would help raise the value of his home and the neighborhood.

In 2010, when Frazier acquired the land and a grant from an urban renewal program, Re-Imagining Cleveland, there were 58 “green infrastructure” projects also receiving funds. Today, half of those farms are gone.

“If you don’t monetize these projects, they are going to fail,” Frazier says.

He chose grapes specifically for his farm because, quite simply, grapes are profitable.

“Most urban farms fail,” he says, because they do not generate the income necessary to support the farm’s infrastructure. 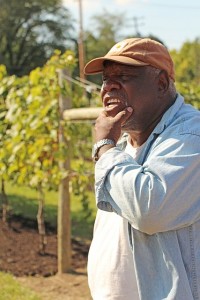 “I want to change the story of Hough from riots to vineyard,” Mansfield Frazier says. (Photo credit: Margaret Puskas)

Thoughtful Planting
Although the vineyard is only three-fourths of an acre, Frazier did his homework on what to plant, where, and how. Frazier was a complete novice, so he immersed himself in learning.

There are 14 rows, 21 vines per row, half Frontenac and half Traminette, chosen specifically for their cold-hardiness.

Frazier also is experimenting with trellising and pruning; for example, he vigorously pruned the Frontenac but decided to leave more on the vines of his Traminette. He’s hoping that this renewal pruning will help bolster the vines’ health.

From Home To Green Space
Adjacent to the vineyard is a BioCellar. Using the basement of an abandoned, torn-down house, the cellar portion goes 9 feet below the ground and provides an even 55°F year-round. Frazier says strawberries, tomatoes, herbs, and mushrooms are the initial crops to be planted in the BioCellar.

The concept was developed by Jean Loria of Upstream Permaculture and the Cleveland Urban Design Collaborative at Kent State University.

The cellar’s plastic sloping roof spans 20 feet above the foundation at its highest point and has rain gutters, which divert water into a cistern to then reuse on the crops growing inside. Vents inside the cellar are used to control temperature. Solar panels provide electricity to the cellar.

This concept of a BioCellar is to produce a sustainable solution and model for urban agriculture, using existing abandoned homes as the foundations for these cellars. 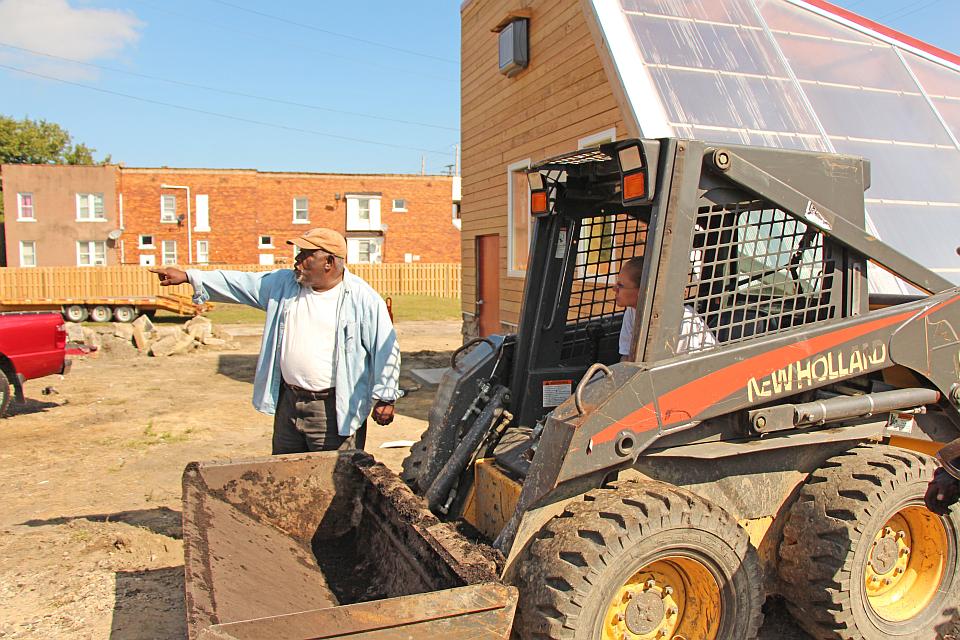 Chateau Hough is stepping stone for those leaving incarceration through his nonprofit, Neighborhood Solutions Inc. Firsthand experience tending vines is vital, and a career in the wine industry can be fruitful. Since he started Chateau Hough, Frazier has had 26 men and women graduate and move on to careers outside of his vineyard. Here, he gives instructions to one of his employees. (Photo credit: Margaret Puskas)

Giving Back
Chateau Hough is still a nonprofit, Frazier makes clear, although there needs to be some on-farm income to support all that he does. Frazier uses Chateau Hough as a stepping stone for those leaving incarceration through his nonprofit, Neighborhood Solutions Inc. Employees are referred by a halfway house. 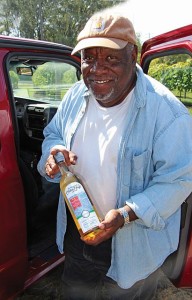 Frazier knows something about second chances. He, too, is an ex-convict who spent six years in prison for using stolen and counterfeit credit cards.

Firsthand experience tending vines is vital, and a career in the wine industry can be fruitful. Since he started Chateau Hough, Frazier has had 26 men and women graduate and move on to careers outside of his vineyard.

“They can go out and get a job in a vineyard with the experience they have at Chateau Hough,” he says.

Another project is a six-bed duplex he recently acquired, which is within walking distance of the vineyard to provide housing for his employees.

The Next Step
What’s next for Chateau Hough? A winery in the Hough neighborhood, of course.

Frazier hopes to parlay the success of Chateau Hough into a destination venue, located across the street from his vineyard. And Frazier is on the hunt for more grapes and more urban vineyards.

But for now, he can be proud that his inaugural Traminette Vigonier placed second in the wine competition at the Geauga County (OH) Fair. The 2013 vintage was his very first crop, Frazier points out.

“I want to change the story of Hough from riots to vineyard,” he says.