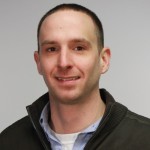 Modern farm truck beds have modern tools. That includes equipment to repair motherboards on automated equipment in the field.

University of California, Davis (UC Davis) professor David Slaughter, a man at the forefront of digital technologies in specialty crop farming, can feel the early tremors of farming’s major disruptive force approaching. What will rapidly adopting automation do to the current agricultural workforce?

Slaughter heads up UC Davis’ SmartFarm. It’s an ongoing project that imagines what farms in 2050 will be and develops the tools needed to reach that vision.

The SmartFarm team has had some remarkable achievements. It developed one of the first robotic fruit harvesting systems. It’s also delivered the early stage technologies that spawned innovations like automated, pesticide-free, intra-row weed control in specialty crops.

Yet with all that technological clout, Slaughter says ag’s next big revolution isn’t based on a single precision tool, connected system, or some promising new genetic discovery.

It’s the industry-wide transition from a high-labor, manual workforce to more of a digital technology operator skill set.

“When we talk about SmartFarm at UC Davis, we talk about this grand trade of knowledge for effort. And right now we have this manual, high effort, high labor way of doing things in ag. And that’s simply not sustainable,” Slaughter says.

A recent profile in the New York Times captured this concept, Slaughter says.

The report tags along with a newly hired order picker at one of Amazon’s fulfillment centers. She walks up and down aisle after aisle of shelved product, pulling the correct goods to fill customer orders. Amazon’s leadership will soon create a robotic, automated system to take over the mundane task of order pulling. But in this case, the worker isn’t displaced.

Rather, she’s transitioned from a manual to a digital laborer.

“You ride along on this woman’s transformation of learning how to operate this new piece of equipment, to essentially interface with a robotic system,” the professor remembers. “When we think about agriculture, you’re going to see that same kind of transformation occurring.

So the industry starts at the basics: encouraging curricula focused on science, technology, engineering, and mathematics (STEM) at all levels of the education system. The industry will soon have a shortage of digital field techs. It needs a new kind of mechanic who can troubleshoot, fix, and service the coming wave of new Internet of Things (IoT)-powered technologies.

“There is going to be a transition, and we have to work out a way, as a society, to provide a mechanism for that transformation. We’d like to see, holistically, a benefit to all levels of agriculture. The farmers, the landowners, but also people who are living in rural communities who might be taking a lot of these positions,” he adds.

This isn’t a problem for the distant future. It’s already here.

“I was talking with a farmer that had a vegetable transplant operation. He had the vegetable plants and the equipment there, but no farm workers,” Slaughter says.

Highly automated systems will eliminate one part of the labor challenge, but it’s creating another one, he said.

To help secure a future workforce savvy in technology, the SmartFarm team is taking action.

“We’re talking about creating a technology major in our college of ag where the students get some background in plant or animal science, and they also get a background in technology,” Slaughter says. “That’s the kind of thing that’s really resonating in California, because they can see the need to create these educational programs.”

Luckily for the ag industry at-large, many of the members of our up-and-coming generation have started training themselves. (Move aside, Millennials, we’re talking Generation Z now.)

“Gaming, social media, and other digital things like that, they have a built-in advantage,” Slaughter says. “Other workers will have to spend a little more time to catch up.”

The SmartFarm team is working to counter that generational gap in technical knowledge.

“One of our systems we’re developing [with SmartFarm] is people could watch YouTube videos on the phone, and they would get into a situation, and there was a problem, and we’d say, ‘Well, here’s a link to this YouTube video.’ And they could do on-the-spot training and see the video. Then they could actually successfully carry that out and complete the task,” he explains.

Learning computer programming and other digital skills today is vastly different than learning code in the 1990s, he says.

“There have been many more improvements in user friendliness. And even some of the machine learning (ML) stuff. If you really want to develop a new type of ML, you’re going to have to have a certain level of education,” Slaughter says. “But if you’re going to be a user, it’s a different level [of training]. There will be some aspects of the learning curve that are perhaps more accessible than others.”

0 1 5 Where Will We Find Tech-Savvy Farm Workers?