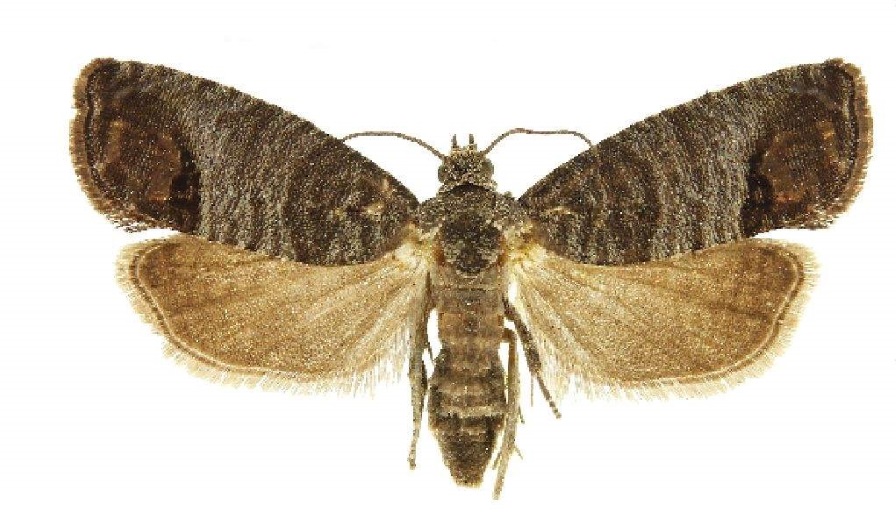 Codling moth in all its glory. The pest remains a pain for apple growers.

The research world cannot yet take its eyes off the codling moth. Despite advances in control, the insect remains the key pest for apple growers, according to Larry Gut, a Tree Fruit Entomologist with Michigan State University (MSU).

“Codling moth continues to rear its head up,” Gut says. “We’ve lost some insecticides that were critical. We’ve seen resistance in the past. And we have some restrictions due to residue concerns. So we want to look for alternatives for codling moth.”

COST-FRIENDLY ONES, AT THAT

Top of mind to Gut is the technology of sterile insect release (SIR), which aims to reduce or eliminate egg hatch. Along with MSU entomologist Chris Adams and graduate students Megan Andrews and Rob Curtiss, he has spent the last three years exploring the method, which revolves around male moths that are sterilized upon being irradiated with cobalt and then released at regular intervals in orchards to mate with wild female moths.

A British Columbia company produces the sterilized moths, as many as 2 million per day. Located just across the border from Washington in the Okanagan Valley, OKSIR (Okanagan-Kootenay Sterile Insect Release) is the only such facility
in the world.

The technology’s success rate over more than 20 years is noteworthy, Gut says — a 94% reduction in codling moth and a 96% reduction in pesticides used against them. However, he added, the program has been costly, relying on weekly releases of 800 sterile moths per acre over an entire season, distributed by four-wheeler or drone.

At a cost of about $400 per acre, the technology would not be practical to the growers in his state, Gut says.

“We need to make this program economical if growers in Michigan are going to be able to use this tactic when it
becomes widely available.”

Gut and his team have been studying the effects of SIR on about 100 acres in Michigan. M3 Agriculture Technologies facilitates the drone application, having already enjoyed success in Washington state.

“They deliver a lot of moths in a quick period of time,” he says.

With ample 2020 data in hand, three facets of SIR are being analyzed: 1) how to best distribute the moths, either by hand or drone, and either uniformly throughout the orchard or from a single release point toward its center; 2) reduced release rates to limit costs; and 3) either season-long or first- or second-generation releases only. 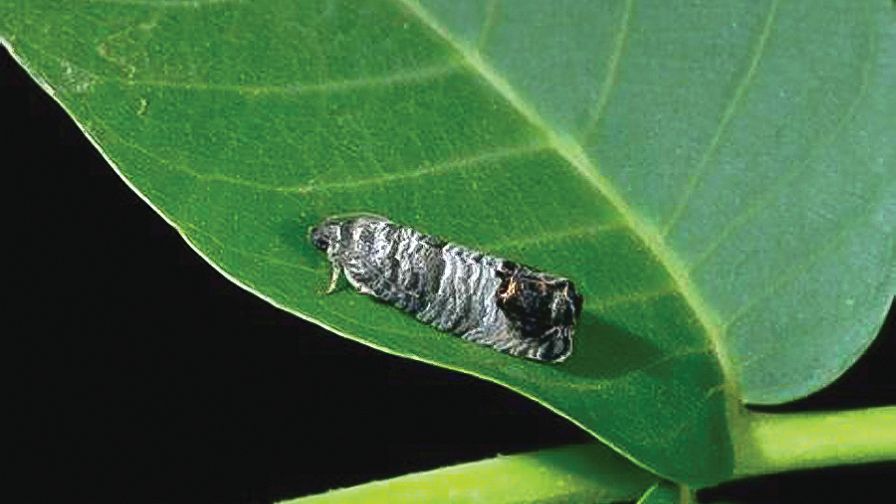 “This high recapture is likely due to the greater retention of released moths: They don’t head to the edges. They’re not lost to the outside of your plot,” he says.

Regardless, both techniques for delivering the moths did well to suppress the wild populations. “The drones offer the great advantage of being efficient and quick,” Gut says. “Also, you don’t have to contend with re-entry intervals.”

Height of delivery was also examined in Washington state — at 5 meters by hand (in the center of the orchard) and at 15, 25, and 35 meters by drone. Hand delivery at 5 meters and drone delivery at all heights posted “very efficient” moth recapture numbers and good moth dispersion.

“So, there are some improvements that can be made to enable the drones to fly at lower levels or to come up with another way of releasing the moths from the drone,” Gut says.

“In this particular block, where we had very high codling moth pressure … we didn’t have enough males out there
at 400 per acre to suppress the population,” Gut says.

Targeted Application: As has been the case with other technologies for codling moth management, good control was achieved with only a first-generation release, in this case 800 sterilized moths per acre. A second-generation release was not as effective.

“You kind of get the moths escaping a little bit in the second generation,” Gut says.

The question remains: How will researchers know if they have enough moths to suppress codling moth and potentially eliminate insecticide sprays?

“The ratio that everybody has always sought from research is about 40 sterile males to every one wild male,” Gut says. “And we never recapture that in traps. We always get around four or five, six, seven, or eight. It turns out this is actually a threshold to expect. If we’re getting a ratio of 4:1, we’re probably suppressing the population excellently and probably doing what we want.”

4 4 5 Codling Moth Control: Why Mating Is the Hardest Part