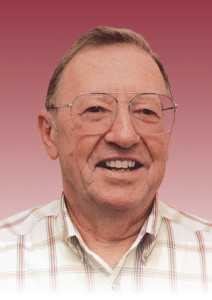 Black raspberries are native to Virginia and the Mid-Atlantic region, and seem to be loved by all! Most of us who come from this region grew up picking wild black raspberries along road-sides, in fence-rows, and along woods’ edges. Their intense, sweet flavor is part of our American culture, from Appalachia to the Pacific Northwest, and so we never outgrow these memories, nor the taste of black raspberries nor our longing for them. Twice over two decades, once in the early 1980s and once again in early 1990, we tried to commercially produce black raspberries, due to our U-Pick customers’ many requests over several years and by our fondness for these tasty, nutritious, easy-to-freeze berries. Both times we failed due to anthracnose disease that killed the plants after only two to three bearing years.

Several years later in 2001, with the advent of new plant-systemic fungicides, as well as being armed with information about raspberry anthracnose obtained from our Virginia Tech Plant Disease Clinic, we again planted black raspberries, just for home garden use, as we had retired from commercial production. This time we planted a newer black raspberry variety available at that time, Jewel. We planted using only virus-free tissue-culture-originated plants from a very reputable nursery. This planting has produced fine crops for 12 years by using late winter spray application of lime sulfur plus in-season sprays of newer plant fungicides as per label directions. By proactively working to prevent raspberry anthracnose, we believe other growers can profitably produce and market black raspberries, too.

Now, here is more really good news: Independent raspberry breeder Peter Tallman of Longmont, CO, has announced the U.S. release of a new cultivar of black raspberry named “Niwot.” This exciting new variety is the product of Tallman’s private breeding program that started in Poughkeepsie, NY, more than a quarter century ago with the discovery of a wild black raspberry that exhibited the primocane-fruiting trait. His persistent breeding work with subsequent progeny of that plant has now produced a cultivar that yields useful black raspberry crops in both floricane and primocane seasons! A U.S. plant patent for Niwot has been submitted.

Niwot is able to provide an attractive, productive primocane black raspberry crop starting in late August and continuing until first frost. Then, if the primocanes are over-wintered and treated the same as for a standard black raspberry cultivar, Niwot also produces a very attractive, productive floricane crop as well. The name Niwot is taken from a village in the vicinity of Tallman’s garden in Colorado. (The name rhymes with “My pot.”) Niwot is a replacement for a previous primocane-fruiting cultivar, Explorer, released by Tallman in 2008, which was found during evaluation trials to require an outside pollinator and was therefore abandoned as a commercial cultivar. 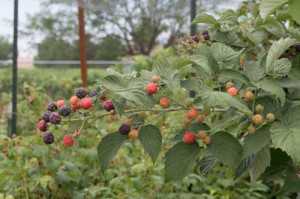 Wide Range Of Adaptability
The adaptability of Niwot to different climates and hardiness zones is still being worked out, but Tallman thinks that Niwot is adapted to at least USDA hardiness zones 5 to 7. Evaluators in Colorado, Oregon, Michigan, Illinois, Ohio, Pennsylvania, Virginia, and other states have been favorably impressed with Niwot. There is some indication that Niwot might even survive and provide a floricane crop in USDA zones 4 and 3, although final determination will need to wait for further reports from evaluators. The shorter season length in zones 4 and 3 probably would not allow ripening of a useful primocane crop without protection.

In Tallman’s experience, Niwot is more vigorous than Jewel black raspberry and should be given wider in-row spacing; 3 to 4 feet or more is not unreasonable. Tallman feels that Niwot seems to be more vigorous if the plants are permitted to produce both primocane and floricane crops, making it a double-cropping black raspberry, not just a primocane-fruiting black raspberry. Tallman says that floricane production from his second-year Niwot plants in Colorado has been very impressive when compared to second-year Jewel plants, and the primocane crop from the same Niwot plants was excellent. For the floricane crop, the berry size of Niwot is slightly smaller than Jewel, and the flavor is comparable. For the primocane crop, the berry size of Niwot is similar to or larger than Jewel floricane berries, again with comparable flavor. Ramping up the propagation of Niwot plants to commercial quantities is under way, and availability of plants is expected for spring 2015. Very limited quantities of Niwot may be available in 2014.

Our former berry farm, now owned by Bill Sembello and family, is a Virginia cooperator test site for Niwot with Pete Tallman. Bill obtained and established these test plants from Pete in spring of 2012. They grew vigorously, over-wintered very well, and made good double crops in 2013 for such a young planting. Also, I talked with Michigan grower Gary Gleason, another cooperator trialing Niwot with Tallman. Gleason too was well pleased with both summer and fall crops of this new black raspberry on his farm at Belding, MI. Their positive results are exciting, strong evidence of the potential of Niwot to provide consumers with black raspberries both in summer and fall! Credit and thanks to Tallman for providing information about Niwot raspberry and for providing the photographs for this article.

Charlie O'Dell was an Extension Horticulturist Emeritus for commercial strawberry, blueberry, and vegetable production at Crow's Nest Farm in Blacksburg, VA. He died Sept. 4, 2017, at the age of 82. See all author stories here.

Biocontrol Application Mistakes to Avoid in Your Crops

Why Citrus Education Is Worth the Connection Anywhere