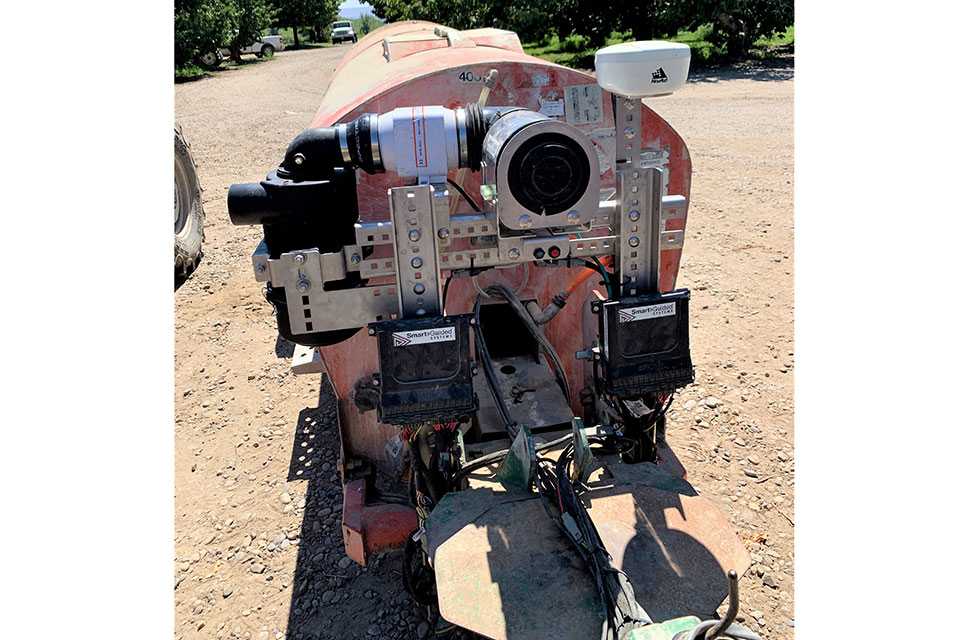 This sprayer, retrofitted with the Intelligent Spray Control System, paid for itself in less than one season at these Washington orchards, according to Smart Guided Systems.

Talk about being on a roll. Since being featured in the November issue of American Fruit Grower® and Western Fruit Grower® magazines, Steve Booher’s startup, Smart Guided Systems, has been making a lot of noise.

In February, Smart Guided Systems was named among the 2021 World Ag Expo Top-10 New Products. It’s a prestigious honor, but what’s truly remarkable is that Booher won for the second consecutive year.

In 2020, Smart Guided Systems was honored for its Intelligent Spray Control System. The LiDAR (Light Detection and Ranging)-based system adapts to any air blast sprayer. The system identifies canopy and foliage density with precision, then controls each spray nozzle individually.

This year the company won the award for a similar technology, its Permanent Crop Analyzer, an add-on kit that also uses LiDAR. It can be attached to a utility vehicle to scan high-value permanent crops, giving growers data for analysis.

Booher will never forget winning the award in 2020, and not only because it was his first. His company had previously caught the eye of John Deere representatives when it was among just three companies in the world to win the Davidson Prize for a top new product from the American Society of Agricultural and Biological Engineers — and Deere was another one of the three.

He was able to get the 2020 award in person because the World Ag Expo was held in February, before the COVID-19 pandemic shut down in-person trade shows. Booher was pleased to see how growers were reacting — and so were the folks at the John Deere exhibit.

“We were so busy, the John Deere rep had to come by four times to be able to talk to us,” he chuckles.

In December, Deere made clear just how impressed they were, as they reached an agreement with Smart Guided Systems to sell the Smart-Apply Intelligent Spray Control System for use with John Deere tractors in high-value specialty crop applications. Through this agreement, John Deere dealers will sell and service the Smart-Apply Intelligent Spray Control System, which uses LiDAR and is integrated with John Deere tractors and compatible with other brands used in high-value crop applications.

The Smart-Apply Intelligent Spray Control System is an add-on kit for air-blast sprayers that are towed behind John Deere or other tractors. Smart-Apply can reduce the potential for chemical drift and help decrease the amount of product being applied.

Greg Christensen, Go-To-Market Manager for John Deere, announced the company was excited to offer the innovative precision spraying solution to its customers for use with their John Deere tractors in fruit and tree nut orchards, nurseries, and vineyards.

“The Smart-Apply system will help ensure that only the canopy gets sprayed and automatically adjusts spray volume based on plant density per nozzle zone,” he says. “This results in less wasted product while positively contributing to environmental sustainability, maximizing potential profit, and maintaining agronomic efficacy for our growers.”

Booher, who had mentioned last year he was really hoping a large company would see the value in the system,
says he was overjoyed to reach agreement with John Deere, which doesn’t currently sell sprayers in the U.S. The company is known for having a world-class dealer channel and for providing outstanding sales, service, and support for their customers.

“It’s a big deal because, to me, this agreement puts a stamp of approval on our system. We knew USDA had proven and tested it, but when Deere stamps it because they think that’s the future, that’s a big deal,” he says. “The agreement gives our customers access to an innovative, field-proven precision-spraying control system for use in high-value specialty crops through a proven distribution channel.”

Now that the company is rolling, Booher has decided to step down as CEO, although he remains as Chairman of the board of directors. In February, Smart Guided Systems brought in Jerry Johnson as President and CEO, with Gary Vandenbark remaining as Chief Engineer. 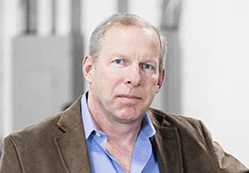 Booher is excited for the future because he says growers will find the system saves on inputs, which can be significant. The average chemical savings were 47% to 73% in USDA-supervised trials, meaning the $30,000 unit can pay for itself in one season, he says. Smart Guided Systems has an exclusive agreement with USDA, he says, in part because of the agency’s interest in seeing lessened environmental impacts — a win-win for growers.

There’s one more reason why Booher is excited about the agreement with John Deere, as it will be nice to see his units paired with new technology.

“The average age of a sprayer in the U.S. is 25 years — we’ve put them on some really old sprayers, which kind of feels like putting a new Tesla system on a rusty old car — but they work just fine.”