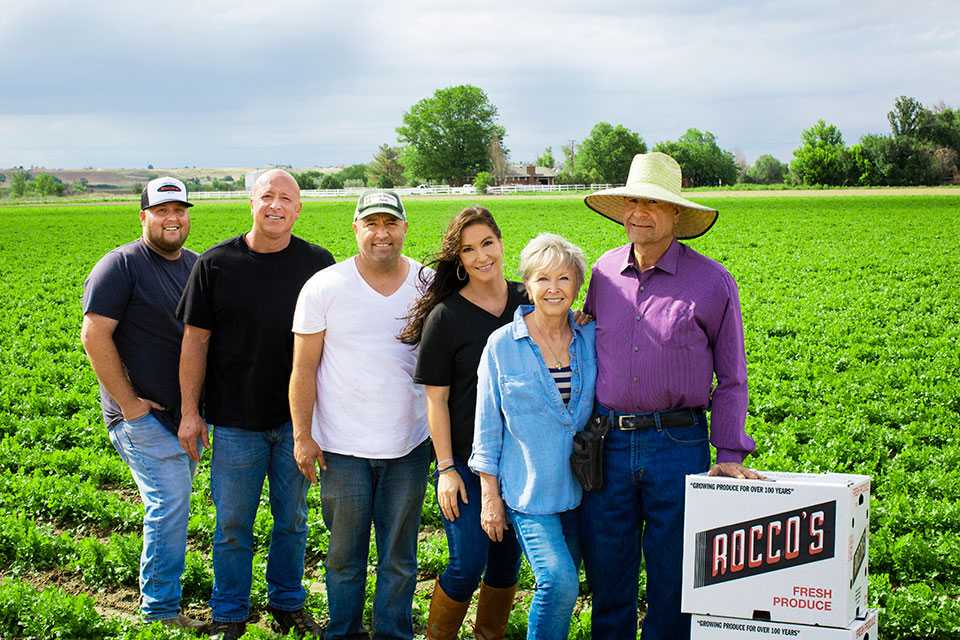 The Petrocco family knows how to farm vegetables, including a wide array of greens and lettuces, in high desert outside of Denver. And they know how to build an operation that takes care of its people and its future. They have been doing so for generations, both in Italy, then after immigrating to the U.S. in the early 20th century.

One part of what makes this operation so resilient can be summed up by David Petrocco, Sr., the family patriarch. Each spring, during training, he lays out what the employees mean to the farm’s future.

“This past year I told the workers that ‘You’re getting paid a very decent wage, and you’re going to make money, and I know you all appreciate that,’” says David Sr., who is operation’s CEO and President. “Then I will do some verbiage about quality and a fair amount of productivity. If that doesn’t happen, we won’t be here next season.”

This is his view of sustainability. Everyone working together to keep the farm going.

Another key to its resiliency is the willingness to embrace new practices, but with caution.

That way, by the time the Petroccos jump on a trend, the infrastructure is in place and flaws are smoothed out.

Here are some examples of how Petrocco Farms rises to the challenge and keeps its operation thriving.

Holding Employees to a High Standard

It’s no coincidence Petrocco Farms has a great team. Older generations brought in their kids to work at the farm who, in turn, are bringing in their children.

That’s likely due from the family offering fairness while also expecting high quality.

It starts at hiring.

“They have to be willing, able, and qualified to work, no matter what their position,” says David Sr. “And with that very simple process, we are screening our workers.”

Once hired, employees are taught the Petrocco Farms way. Modern record keeping, safety standards, and so on.

But the key to keeping standards high is what they do after training. Supervisors instantly retrain when even small issues arise while also instantly rewarding a job well done.

“As soon as you spot a problem, whether it’s a poorly packed box or a sanitation issue, immediately there’s a retraining,” says Julie Marrone, David Sr.’s daughter and Director of Organic Sales.

The retraining occurs the same day. It’s important the crew understands how important procedures are. In some cases, the error links into food safety protocols, which simply cannot be ignored.

Sometimes the mistakes are due to crews being on cruise control, Marrone says.

“We have to show that we are watching, and we’re all in this together, and it’s nothing personal,” she says.

But the Petroccos understand morale can break down if only mistakes are flagged.

If she or another company leader spots great work, say a box of greens that looks phenomenal, the employee responsible gets praise and a gift card.

“I make sure that the crew leader is there and everybody,” Julie says. “You let them know when they’re doing a great job.” 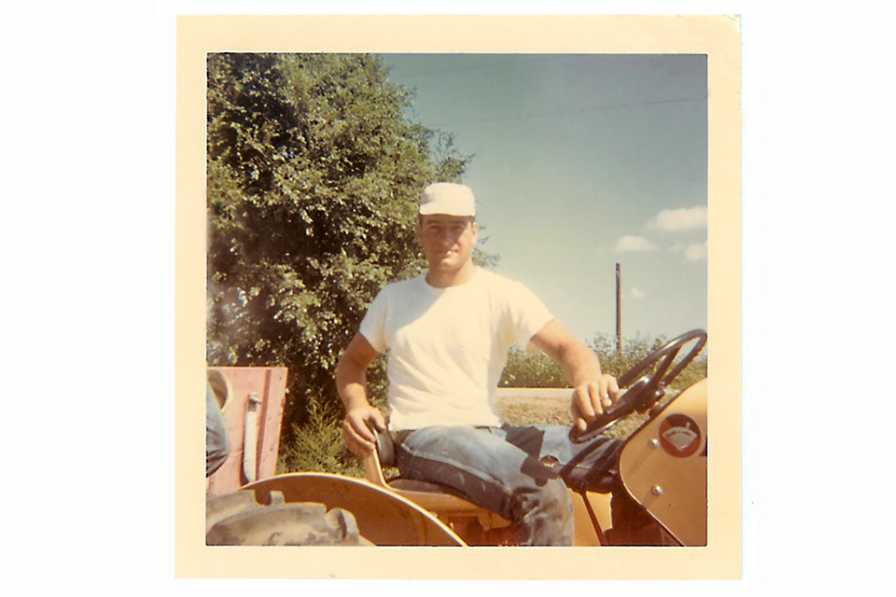 Technology may have changed since David Petrocco, Sr., was a young man, but the family’s value have not.
Photo courtesy of Petrocco Farms

Like most family business owners, the Petroccos wear many hats. But some jobs require more time and expertise than a leadership team can juggle in. So they’ve learned to seek out the expertise they need.

After the U.S. was hit by a string of E. coli outbreaks in romaine, all leafy green growers faced food safety standards that tightened from stringent to fanatical.

It takes expertise to guide an operation through compliance rules. So the Petroccos hired Cynthia DeNardo as the farm’s Food Safety Director. She has years of experience with a larger operation, degrees that support her knowledge of food safety, and applies her skill energetically and diligently. “She’s brought in a lot of communication skills with the employees that were missing,” Joe says. “She’s always walking around and always there making sure that they’re following the rules.”

Joe has embraced the value different events offer him. He’s a regular attendee of American Fruit and Vegetable Grower ConnectSM events as well as other key industry trade shows.

“The world is flat, so I can travel anywhere,” Joe says. “Even all the way to Denmark, even though I’m not leaving my kitchen.”

Taking on Mother Nature as Needed

The high desert’s unique sunlight can be ideal for leafy vegetables, David Sr., says. It increases vitamin A in the turnip, mustard, and beet greens the family grows, for example.

But Colorado has its challenges.

It’s a claim backed up by insurance companies. Several say the Colorado, Wyoming, and Nebraska region tops the list as the most common location for hailstorms. Not a good match to growing leafy greens.

Petrocco Farms responded by adding locations, until it had a string of growing areas along a 40-mile stretch. That typically ensures losses are kept to only a small radius, leaving all other fields undamaged.

This past year brought a less common foe: forest fires. Or to be more accurate, ash from the fires.

Ash from not only fires in the Rockies but also from California drifted to Petrocco Farms and fell like snow. It clung to everyone’s hair, left a layer on the ground, and more importantly, coated crops.

“It was a problem especially for greens, such as lettuce, that are shaped like a funnel,” David, Sr., says. 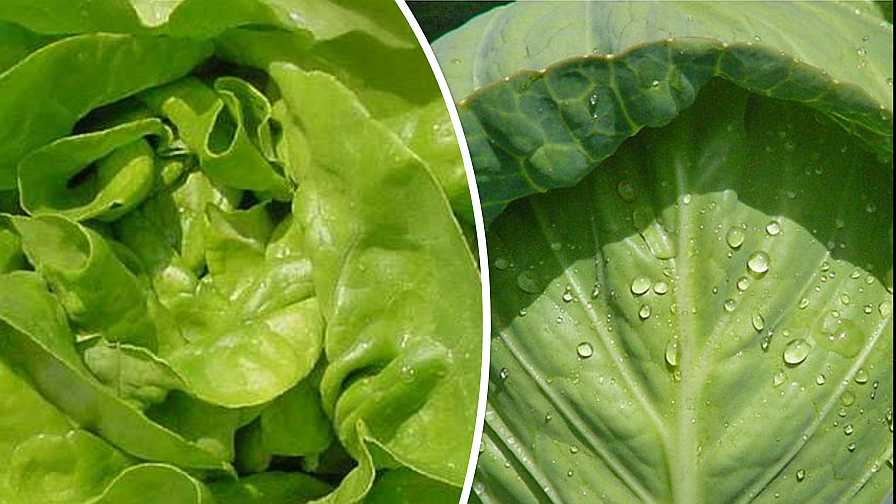 Colorado farms had a large amount of ash fall in 2020. Crops like Boston lettuce accumulated more ash within its leaves than did crops like cabbage, with its tightly packed heads.
Photo courtesy of Petrocco Farms

It settled far enough down that it would have ruined the romaine crop in a normal year. But this was a year that demand was higher than supply, so they were able to sell.

“We let the romaine get big, and then we cut the hearts,” Joe says. “That’s about all you can do at that point. Otherwise, it’s a loss.”

Sales for romaine hearts have been soft for several years, but due to the surge in retail demand, grocery stores were buying them.

Crops like cabbage, with its tightly packed heads, and sweet corn, dodged any ash issues.

Petrocco Farms’ brand of responsiveness has helped it navigate turbulent times like 2020. Its supportive staff and willingness to commit to new and proven methods will keep it thriving for the next few generations.

California Wine Growers on a Tightrope? Annual Survey Results In

Ways To Better Understand Irrigation Woes in Your Pistachio Crops