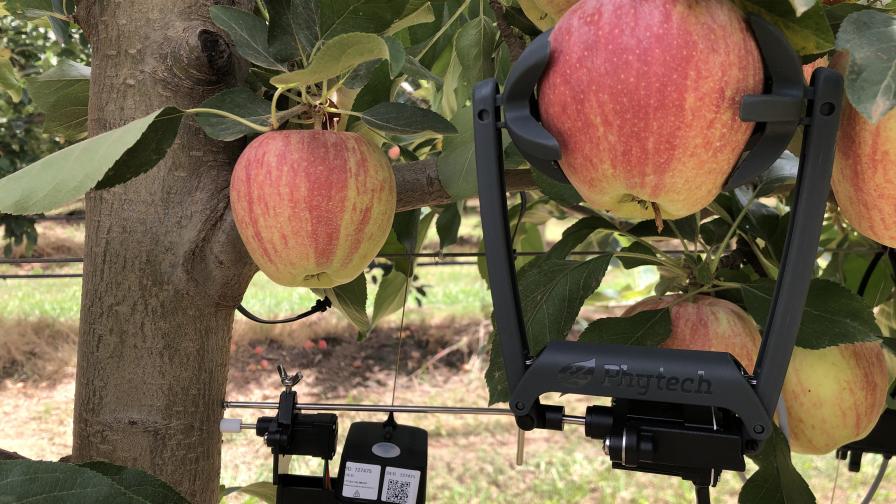 Phytech sensors allow growers to connect with their trees to help identify irrigation issues and drought stress in real time and “feel the beat of the tree.”
Photo courtesy of Phytech

Drought stress: There is no longer any way of avoiding it during the heat of the summer. Minimizing the dilemma — preemptively, if possible — should be the end goal for growers of all crop types, according to irrigation companies interviewed by American Fruit Grower® magazine.

“As temperatures continue to rise and break records, and water is becoming ever more precious, it’s time to level up your irrigation efficiency,” Amir Lin, Marketing Director, Phytech, says. “In these super-hot times, being connected to your trees and knowing their real-time water demand, in each block, can be the difference maker in weathering the weather.”

For example, in pistachios, nut development and kernel fill are key during July, according to Liaan Janse van Vuuren, General Manager of Insights and Actions at Aerobotics. Ensuring that the optimal amount of water gets to every tree is crucial during this time, he says.

“Apart from adequate water supply, optimal irrigation plays a pivotal role toward optimal nutrient use efficiency,” Janse van Vuuren says. “Nutrition will also be a critical factor, and any limitation around nutrition — in other words, too much or too little — should be identified and corrected as soon as possible. This will lead to optimal size and quality of nuts being delivered to increase the profitability of the operation.”

“How you water will impact not only your current crop set but next year’s as well,” she says.

For growers who have fallen behind with the water needs of their crops, it is best to catch up now rather than later, according to Ben Smith, Technical Irrigation Specialist, Semios.

“To catch up, apply as much water as the soil will take without causing puddling,” he says. “When puddling occurs, give it a break for part of a day, enough for the puddles to subside, and then continue to irrigate until the soil profile is refilled with water, taking breaks as necessary for further infiltration.” 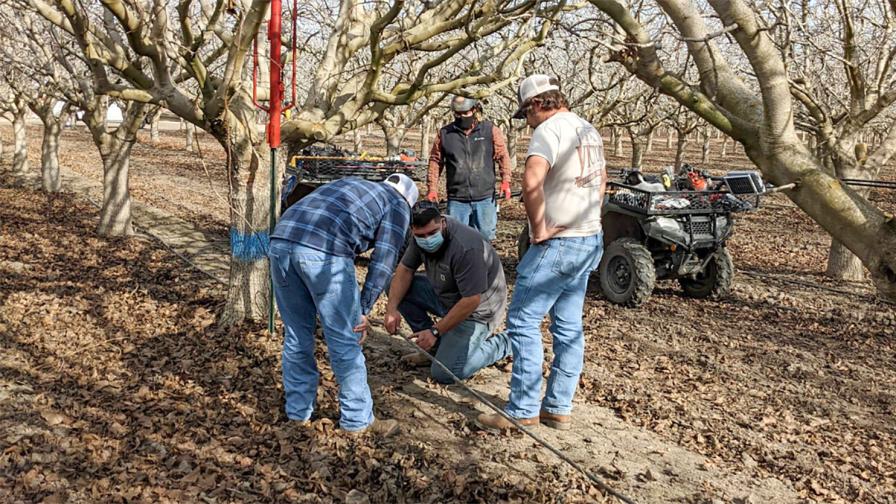 Ironically, July is also a period when, Smith notes, depending on the crop, growers may want to induce drought stress to aid in fruit development.

“Sizing apples and veraison in grapes are examples. Watch for fields that react the best to the stress and see if you can determine the factors that led to that reaction so that you can duplicate it in coming years and across more acres,” Smith says.

“Make sure that each block is getting the right amounts by checking the pressure maps and maximizing distribution uniformity,” he says.

Under- and over-watering can both have negative effects on crop yield, quality, and future crop potential, Matt Maloney, Field Technology Manager, Wilbur-Ellis Agribusiness, says. Timely irrigations based on site-specific crop evapotranspiration (ETc) and accurate soil water potential (SWP) sensor readings to indicate water stress levels are critical during the heat of summer to know how much water a crop consumed, how much evaporated, and how much moisture is in the soil.

“To help these situations, soil moisture probes are a great tool to use to understand how much deep soil moisture is left in the tank,” Maloney says, “especially during critical times when the water needs to be turned off, such as drying down for harvest, in almonds specifically.”

The impact of failing to tackle everyday irrigation problems, such as leaks, clogs, and pressure issues, will add up, according to Ceres Imaging Vice President of Marketing John Bourne.

“In a recent study, we reviewed data from more than 700,000 acres of specialty crops across California to quantify the extent and impact of drip irrigation issues,” Bourne says. “We found significant opportunity for growers to conserve water, reduce costs, and improve farm yields

2 2 5 Irrigation Tips for Produce Growers: Dealing With the Dry Season

Hail to the 2021 Apple Grower of the Year Winners

The Promise and Pitfalls of Using Managed Bumblebees for Blueberry Pollination