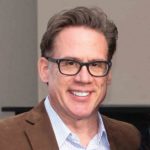 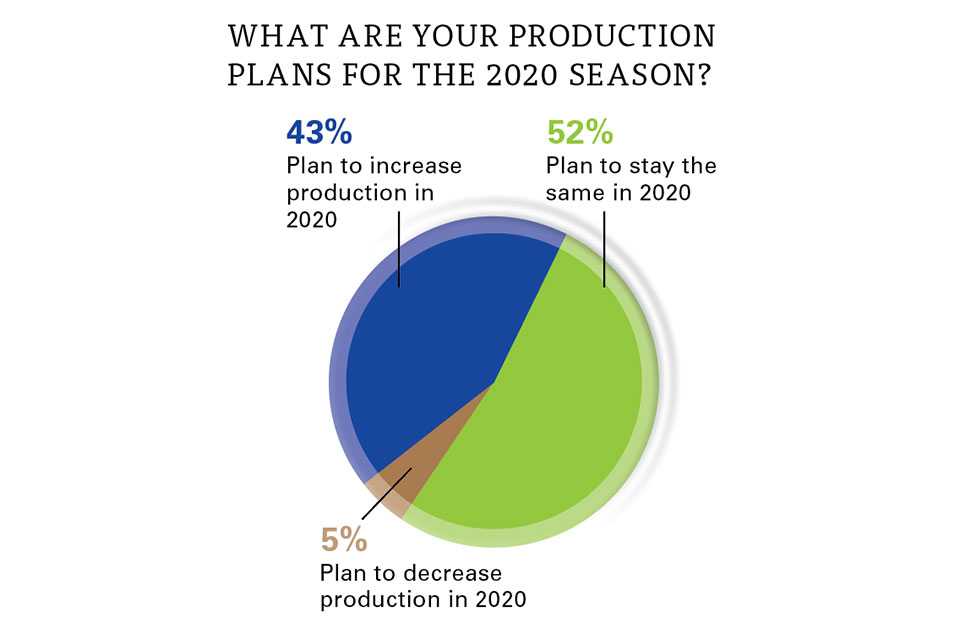 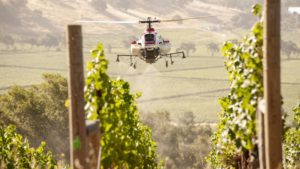 Get a Sharp Look at Precision Ag Use Trends in Fruit 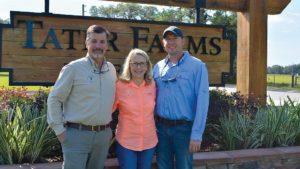 Taters No More! This Florida Farm is Now Growing Sweet on Citrus 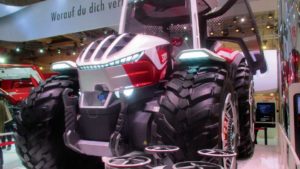 How Advancements in Farm Equipment will Improve Productivity 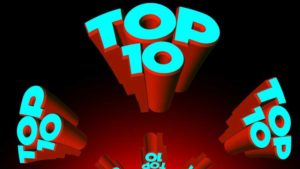 10 Stories that Stirred the Specialty Ag World in 2019

“Our customers pick everything we grow and would pick more,” reports a grower and pick-your-own operator from Pennsylvania. Every direct-to-consumer grower should be so lucky. But in berries, a national song of optimism continues to ring out. Pretty much nearly every berry grower and grower/packer responding to our State of the Industry survey says they plan to increase (43%) production in 2020, or at least sustain (53%) their acreage from 2019.

And this is coming off a year in which fully one-fifth of respondents report increasing production more than 10% over 2018. Another 22% say the boosted production 5% to 10% over the prior year.

Can berry production, which has been on a bull run now for several years, sustain its growth? Seven in 10 growers give us a resounding “yes.”

“Great demand for healthy fruit,” says a grower in Tennessee.

A grower in Vermont points to “consumer demand for year-round berries.”

“Consumers want local delicious fruit that has not been trucked across the country,” explains a grower from Michigan. And indeed, 84% of responding growers report selling directly to consumers, with 64% making more than three-quarters of their annual income from retail.

“I sell to the locally grown market,” reports a grower in Minnesota. “Good berries are in short supply, and there is room for growth.”

Others say yes, growth will continue — with a few qualifications.

“Only if labor is available,” cautions a grower/packer in Georgia.

And: only “if we keep up good marketing and keep some imports out during the U.S. harvest,” chimes in a grower/packer in New Jersey.

And … only “if international markets open up to U.S. production,” adds a grower/packer in Michigan.

Others — who, albeit, are in the minority — see the berry market plateauing. Says a grower in Michigan: “Blueberries seem to have declined in market price.”

The berry market “will level off,” assures a grower/packer in Kansas, but “I do not expect a decline.”

There is one thing 100% of growers can agree on: that it would be ideal if the weather were to cooperate a whole lot more in 2020 than it did in 2019. Nearly two-thirds of berry growers report having experienced “extreme weather” in 2019. A grower in Maine dispatched what amounted to a mournful battlefield dispatch: “Red raspberries, total crop loss 2019. Highbush blueberries, 50% yield compared with 2018.” But this grower will be right back in 2020 and in fact plans to increase production.

Beyond resilience and optimism, what other attributes could be used to describe the berry growers who responded to our survey? Here are a few:

In fact, “robotics” was far and away the word that came up most when growers were asked what precision agriculture tools will be common on the farm in 2040. One grower/packer in Pennsylvania sees huge future opportunity to “harvest the power of robotics to increase and improve production quality and efficiency while also reducing overall labor investment.”

LOOKING TO THE FUTURE

Berry growers, being as close to consumers as they generally are, offered several consumer-responsive answers to the question: What is the biggest opportunity for the next generation of specialty crop growers?

A grower in Washington sees a chance for producers to “connect with consumers on an emotional level.”

A grower in Texas observes that consumers are “more educated and want to know where their food comes from.”

Whichever direction the market and consumer winds blow for berry growers in the upcoming years, it’s a good bet many of them will rise to the next opportunity and adapt.