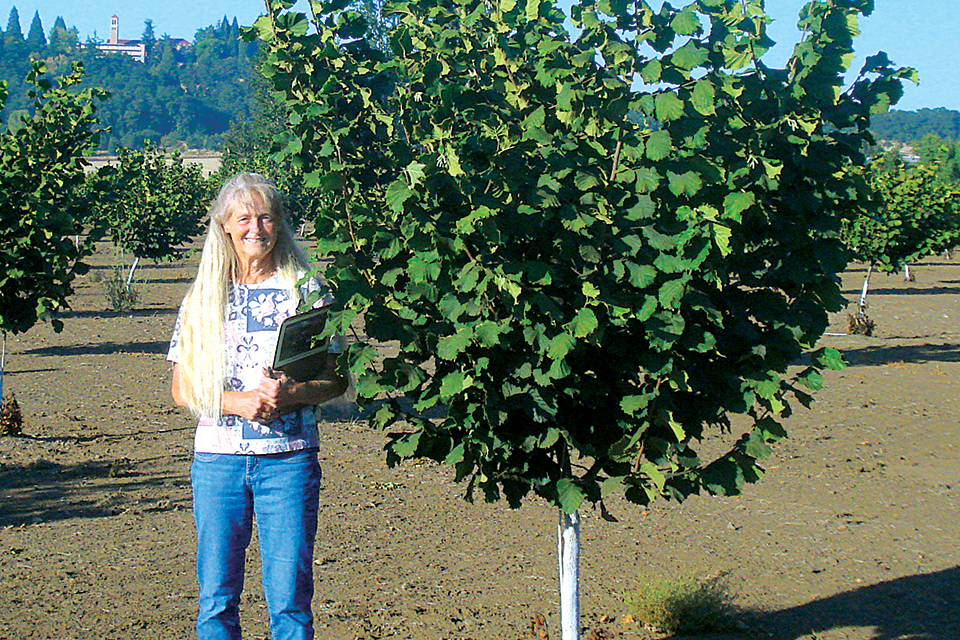 Along with turkey and trees, hazelnuts are another popular holiday tradition. With a harvest extending from mid-September to mid-October, the nut is a timely seasonal treat, whether eaten alone or included in chocolates and other delicious baked goods.
Europeans are by far the biggest consumers of holiday nuts — think the Italian hazelnut spread Nutella — but demand in America is increasing too. While Turkey dominates the global hazelnut industry, Oregon grows the majority of U.S. hazelnuts. And more eastern states such as New Jersey are interested in joining the game.

“Hazelnuts are a growing market in which demand exceeds supply,” he says. “There’s interest in expanding acreage, but hazelnuts are narrowly suited to certain climatic environments, so there aren’t really that many suitable places in the U.S. to grow them.”

Hazelnuts like Mediterranean climates near the ocean where it’s never too hot nor too cold. They like some humidity and do well in Oregon’s Willamette Valley, just inland from the Pacific Ocean.

Another challenge is disease, in particular, Eastern filbert blight. The fungus is native to many eastern states and a barrier to establishing an industry there. While hazelnuts also encounter bacterial blight, it can be combated fairly easily with copper sprays. Eastern filbert blight, however, is harder to manage and detect.

Fungicide applications and pruning to remove cankers are used to manage the disease in orchards, but because of the fungus’ two-year life cycle, the cankers don’t appear until more than a year after the tree is infected. By that time, it’s likely too late. 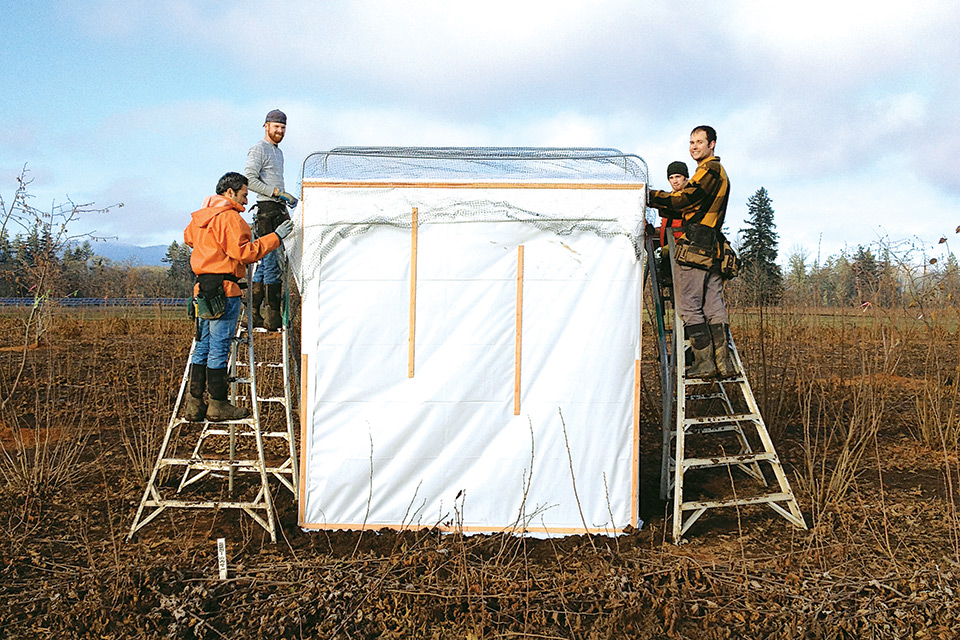 Research Into Resistance
To address the challenges of hazelnut expansion, Oregon State University participates in a joint research project with Rutgers University in New Jersey, the University of Nebraska–Lincoln, and the Arbor Day Foundation. As part of the partnership, Mehlenbacher and his team focus on research work to develop hazelnut varieties more resistant to the Eastern filbert blight fungus. Such work is also valuable to existing hazelnut growers who are willing to pay taxes to help fund research.

Research funds and partnerships are important because breeding hazelnuts is not easy or quick work. Eastern filbert blight has been a sort of arch nemesis for Mehlenbacher.

“I started 32 years ago, about the same time Eastern filbert blight was found in the Willamette Valley,” Mehlenbacher said. “We’ve been fighting hard against that disease ever since.”

Breeding Takes Time
Part of the issue is that the hazelnut breeding cycle from seed to seed is eight years. Making the cross to releasing a new variety takes 17 years.

Even though the work takes time, Mehlenbacher has made headway. He and his team have released six cultivars since 2008, including ‘Yamhill,’ ‘Jefferson,’ ‘Dorris,’ ‘Wepster,’ ‘McDonald,’ and ‘PollyO.’

Nod To Industry Member
The latest release, ‘PollyO’ — named after longtime hazelnut industry official Polly Owen — is resistant to Eastern filbert blight. While Barcelona hazelnuts are common in the Willamette Valley, they are typically sold for the in-shell (or nut bowl) market. ‘PollyO’ hazelnuts easily shed their skins so they’re good for blanching and offer local growers a good variety for the kernel market — the majority of hazelnut market — for use in chocolate products and baked goods. It also matures earlier with higher yields than some incumbent varieties.

Furthermore, ‘PollyO’ is compatible with other varieties, allowing growers to plant multiple cultivars in one orchard. Previously, growers minimized pollinizer varieties of hazelnuts because they were lower yielding. But ‘PollyO’s’ high yields and compatibility with other varieties alleviates this concern.

But interested growers will have to wait their turn. According to the Hazelnut Industry Office in Aurora, OR, total acreage of hazelnut trees has doubled in the last decade to more than 72,000 acres, leading to huge demand for trees of new cultivars.

“The list of orders for trees is much longer than the trees available,” Mehlenbacher says. “Growers have placed their orders, and nurseries are gearing up production. So, anyone else who wants trees is going to have to get in line, place an order, and probably wait a year.”

Other releases are still available to growers in the meantime, including ‘Yamhill’ for the kernel market. Mehlenbacher and his team continue to research cultivars resistant to Eastern filbert blight.

“When we started, we had one source of resistance to the blight,” Mehlenbacher says. “But now we have 171, so we have a lot of material to work with.”

Hazelnuts by the Numbers
Information courtesy of Shawn Mehlenbacher, professor of hazelnut breeding and genetics at Oregon State University:
Turkey produces the majority of the world crop of hazelnuts and sets the price, followed by Italy. Oregon is now number three at about 5%, followed by Georgia, Chile, and Spain with around 3% to 5%.

Hazelnuts are sold on two markets:

Inshell is about 7% of the world crop. The other 93% is cracked and sold as kernels.

Hazelnuts flower in the middle of the winter which is quite unusual for crops so popular holiday item.

Kathie Zipp is a regular contributor to American Fruit Grower and Western Fruit Grower magazines on a variety of subjects from crops to production. She is a freelance writer residing in Parma, OH. See all author stories here.

Who Owns the Most Farmland in America?