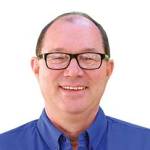 The USDA National Agricultural Statistics Service (NASS) is predicting a record California almond crop for the third straight year. The USDA-NASS 2020 California Almond Subjective Forecast estimates California almond orchards will produce 3 billion pounds of nuts this year, up 17.6% from last year’s 2.55 billion-pound crop. Forecasted yield is expected to reach 2,380 pounds per acre, 10.2% greater than the 2019 yield of 2,160 per acre.

“Almond acreage and production continue to increase as California almond growers further invest in precision agriculture and responsible best practices,” said Almond Board of California (ABC) President and CEO Richard Waycott. “Through the industry’s advancements in water use efficiency to environmentally friendly pest management, zero waste efforts in the orchard and beyond, almond growers are committed to achieving our Almond Orchard 2025 Goals and the realization of the California almond orchard of the future.”

The first of two production reports for the upcoming crop year, the subjective forecast is based on opinions obtained from randomly selected almond growers located throughout the state via a phone survey, this year conducted from April 20 to May 6. USDA-NASS asks individual growers to indicate their total almond yield per acre from last year and expected yield for the current year based on field observations. The sample of growers interviewed is grouped by size of operation, and different individuals are interviewed each year to ensure grower representation throughout the Central Valley. USDA-NASS then combines the yield estimates obtained from each grower and extrapolates the information to arrive at the numbers reported in the subjective forecast.

This July, USDA-NASS will release its second production estimate, the 2020 California Almond Objective Report. While the subjective forecast provides an initial estimate of the 2020-2021 crop, the objective report will provide an estimate based on actual almond counts that uses a more statistically rigorous methodology to determine yield.

In December, ABC’s Board of Directors approved a strategic approach to further improve the accuracy of USDA-NASS’s reporting. From 2020 on, the objective report will include measurements from 1,000 target orchards throughout the state (an increase of 150 samples from 2019) and provide nuts counts on not one but two branches per tree. The objective report will also provide the weight, size and grade of the average almond sample broken down by growing region – no longer growing district – and variety. The 2020 California Almond Objective Report will be released July 7.

Is There a Solution for Citrus Fruit Drop?