The Nobel Prize-winning CRISPR (clustered regularly interspaced short palindromic repeats)-CAS (CRISPR-associated protein) genome-editing technology has been rapidly adapted across all forms of life ever since its discovery in 2012. In plants, successful genome editing using CRISPR-CAS has been reported in many food and feeding crops, such as corn, rice, and tomato.

Recently, the first CRISPR-CAS-edited tomato fruit that has a drastically increased content of γ-aminobutyric acid (GABA), a beneficial health compound, has officially entered the marketplace for consumption in Japan.

This is an important milestone in using the CRISPR-CAS technology to develop value-added fleshy fruit for consumers. It is almost certain commercial production of many other CRISPR-CAS-edited food crops will follow soon.

However, the advance of CRISPR-CAS genome editing in perennial woody fruit crops, such as apple and grape, remains slow. Following is a major underlying hurdle and a promising approach that may overcome it.

One of the major advantages of CRISPR-CAS-edited crops over the classic genetically modified (GM) crops is that the former does not contain any foreign DNA, making them indistinguishable from those developed by conventional plant breeding.

In annual crops, such as rice and tomato, the CRISPR-CAS gene-editing components (considered foreign DNA) that were introduced into their genome can be quickly removed though genetic segregation in two life cycles, taking only one or two years.

However, this strategy could not be adapted in perennial woody fruit crops, causing a major technical hurdle due to the following two reasons:

The first is their long juvenile phase before flowering. In apple, for example, the juvenile phase usually requires five or more years. This implicates that once the CRISPR-CAS genome-editing components were introduced into the apple genome in a cell, it would take at least five years for the apple cell to develop into a fruit-bearing tree to produce fruit and seeds. Assuming some of the seedlings (segregants) be gene-edited and free of foreign DNA, they will need another five or more years to set fruit for performance analysis.

The second is their highly heterozygous genomes. This makes it impossible to reproduce the mother trees from their own seeds. Similarly, any foreign DNA-free segregants with desired gene edits will be different from their mother trees, inevitably causing uncertainties in their performance. Given the importance of brand and variety recognition among consumers, such loss of identity is undesirable. 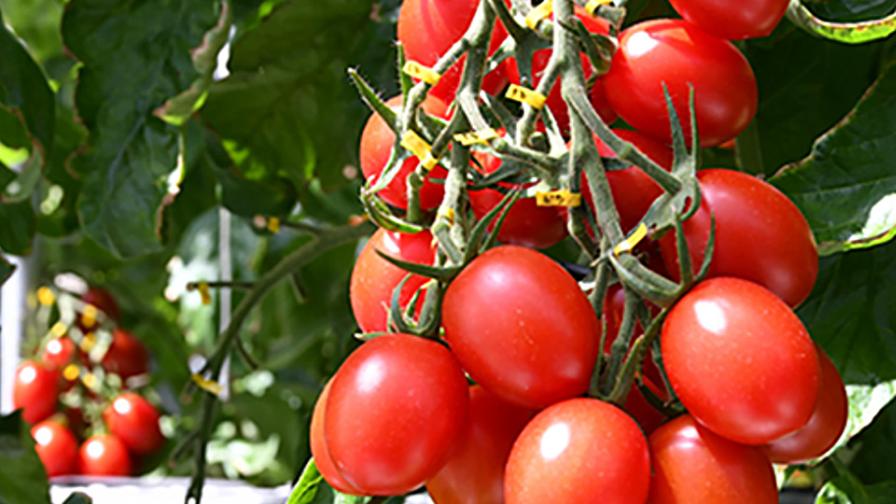 To overcome the hurdle, a number of approaches have been proposed and tested to enable CRISPR-CAS editing without genome integration in plants.

What looks promising is an approach that uses a DNA base editor (a modified version of CRISPR-CAS) capable of editing single DNA bases, the Agrobacterium-based DNA delivery system, and one or more herbicide-resistance genes in plants.

Agrobacterium is a plant tumor causing bacterium due to its ability to transfer DNA into plant cells, which has been used widely for developing conventional GM crops.

You might ask why this approach is promising when Agrobacterium is involved.

Well, a little less-known fact about Agrobacterium-based DNA delivery is that most plant cells that were transferred with a DNA molecule by Agrobacterium will not integrate it into their genome.

It is this fact that makes Agrobacterium a viable option to express the CRISPR-CAS gene-editing machinery without genome integration.

However, once a cell is edited in a gene of interest, the next task is to find it from a mix of millions of cells. This is essentially searching for a needle in a haystack.

To facilitate the search, an herbicide-resistance gene in the plant, such as the gene encoding an acetolactate synthase (ALS), is exploited. This is because most plants, including woody tree fruits, are susceptible to herbicide sulfonylurea (SU). If the ALS gene is edited properly, plants will become resistant to SU.

The idea here is to co-edit the ALS gene alongside a gene of interest so that such co-edited plants can be selected based on their resistance to SU, as application of SU would eliminate all plants without an ALS edit, making identification of plants with a desirable edit feasible.

Obviously, this approach will also make the edited plants resistant to sulfonylurea-like herbicides, providing an attractive arsenal for weed management.

So far, the ALS gene has been proven an effective selectable marker in apple, pear, citrus, and other woody fruit crops. Moreover, ALS gene-edited citrus plants free of foreign DNA also have been developed.

The progress shows that the Agrobacterium-mediated ALS gene co-editing approach is promising for CRISPR-CAS editing in woody fruit crops. As such, gene-edited woody fruit crops that are free of foreign DNA and have a significant improvement over their mother trees are currently underway.